Washington, D.C. — Senate and House negotiators today announced they have reached agreement on legislation to reform the U.S. anti-money laundering (AML) framework and end anonymous shell companies.  The compromise legislation, endorsed by the Bank Policy Institute, will be included in the National Defense Authorization Act for Fiscal Year 2021 (NDAA), which is expected to pass by the end of the year. The compromise legislation closely mirrors the bipartisan Anti-Money Laundering Act of 2020 put forward by Senate Banking Committee Chairman Mike Crapo (R-ID) and Ranking Member Sherrod Brown (D-OH), which is an updated version of the ILLICIT Cash Act.

“This is the first real update to our nation’s anti-money laundering laws in a generation,” said Transparency International’s U.S. Director Gary Kalman. “The provisions in the bill will improve our ability to identify and hold accountable corrupt officials and criminal networks that seek to take advantage of our economy.  The changes represent a significant step toward tightening our defenses and giving more effective and efficient tools to help protect the integrity of our financial system.  It is thanks to an incredibly broad and unprecedented partnership that we are at this point.”

BPI has long advocated for legislation to modernize the U.S. anti-money laundering/countering the financing of terrorism framework to be more effective in addressing current risks. In 2017, BPI’s predecessor organization, The Clearing House, released a report that analyzed the current effectiveness of the AML/CFT regime, identified fundamental problems with that regime and proposed a series of reforms to remedy them.   BPI has worked closely with Senate and House leadership and co-sponsors of the reform efforts to provide technical assistance throughout the legislative process.  BPI also helped build a diverse coalition of stakeholders in support of the reforms, including non-profits fighting to end human trafficking and the exploitation of minors, national security experts, law enforcement, business associations such as the U.S. Chamber of Commerce, financial services associations and nonpartisan advocacy organizations such as the FACT Coalition and Transparency International.

As noted in BPI/TCH’s 2017 report, the current AML/CFT framework is outdated and ill-suited to apprehending criminals and countering illicit financial activity. The 50-year-old framework has been expanded, but not substantially revised, since its inception. Importantly, the compromise legislation will also end anonymous shell companies by requiring FinCEN to collect ownership information at the time of incorporation and ensure such information is accessible to relevant stakeholders, such as FinCEN, law enforcement and financial institutions.

Approximately 75 percent of small business owners with an opinion support requiring small business owners to provide their personal information when forming a company, a critical requirement of the reform, according to a Morning Consult survey conducted on behalf of BPI. And the legislation addresses critical national security deficiencies identified in a recent Government Accountability Office report, which found that ineligible foreign-based entities were using anonymous shell companies to sell defective military parts to the Department of Defense.

While reform efforts began decades ago, in the recent past, legislative drafts have continued to be refined, building a larger group of diverse supporters with each proposal. The most recent legislation to end anonymous companies was introduced by Rep. Carolyn Maloney (D-NY) in May 2019, passed through committee with bipartisan support and, combined with Rep. Emanuel Cleaver’s (D-MO) COUNTER Act modernizing AML/CFT expectations, was passed by the full House on Oct. 22, 2019 by a vote of 249 – 173. Over the summer, text of the Cleaver and Maloney bills was also included in the House-passed NDAA to provide an expedient path to final passage.  Shortly before House passage of the legislation, the Senate Banking Committee held a hearing exploring legislative solutions to end anonymous shell companies at which BPI’s Greg Baer testified, and a bipartisan group of senators introduced AML/CFT reform legislation of their own on Sept. 26, 2019 known as the ILLICIT Cash Act (S. 2563). Senate Banking Committee Chairman Crapo (R-ID) and Ranking Member Brown (D-OH) recently introduced the Anti-Money Laundering Act of 2020 as an amendment to the Senate Defense Authorization Act. The bill is an updated version of the ILLICIT Cash Act, reflecting negotiations by the committee’s leadership.

About the Bank Policy Institute. The Bank Policy Institute (BPI) is a nonpartisan public policy, research and advocacy group, representing the nation’s leading banks and their customers. Our members include universal banks, regional banks and the major foreign banks doing business in the United States. Collectively, they employ almost 2 million Americans, make nearly half of the nation’s small business loans, and are an engine for financial innovation and economic growth. 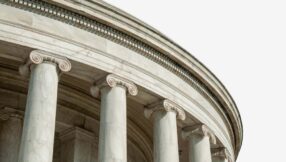 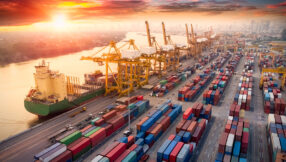