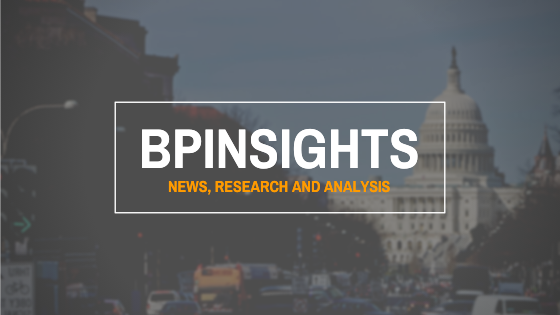 BPI published an analysis of loan-level data from the Paycheck Protection Program (PPP), released to the public by the U.S. Small Business Administration (SBA), finding that the nation’s largest banks — categorized as those with more than $50 billion in total assets — were particularly active in the areas hardest hit by the pandemic. The analysis also demonstrates that counties with a higher share of smaller firms received more PPP dollars per small business employee.

Additionally, the data demonstrates that the PPP loan amount per employee is positively associated with the share of local small business employees at firms with fewer than twenty employees, and this association again is somewhat stronger for large banks. Specifically, we find that a county with twice the share of smaller firms receives 25 percent more PPP loans per employee from large banks compared to another county. This finding is particularly important because of concerns that smaller firms may have had greater difficulty accessing the program. Contrary to those concerns, the findings suggests that smaller firms received more benefit from the PPP program than their larger counterparts after controlling for other important factors. Learn More >>

The Minneapolis Fed v. The Facts: The Struggle Continues

Two weeks ago, the President of the Federal Reserve Bank of Minneapolis gave a speech, “Capital Markets and Banking Regulation,” that included many misleading statements, as well as a call for a massive increase in bank capital requirements at a time when current events have demonstrated to most observers that banks are amply capitalized. To correct the record, BPI published a blog post, “The Minneapolis Fed v. The Facts: The Struggle Continues” addressing four of the most misleading statements in the speech.

Cybersecurity: Emerging Challenges and Solutions for the Boards of Financial Services Companies

Some of the key findings from the survey are included below:

In addition to the survey findings, the report outlines some of the ongoing challenges that boards are facing and presents recommendations for boards to consider incorporating in their own cybersecurity strategies and governance structures. Learn More >>

POLITICO reporter Zachary Warmbrodt illustrated the current challenges for small business owners seeking forgiveness on loans acquired under the Paycheck Protection Program (PPP) in a recent article published on September 27. The article describes a turbulent process where business owners who’ve taken loans under the program remain saddled with the debt while waiting for the SBA to begin taking action to approve the forgiveness applications. SBA’s delay has resulted in considerable confusion for both small business owners and lenders, and it’s just the beginning as more and more loan forgiveness applications are submitted. BPI’s Naeha’s Prakash is quoted in the article indicating that “SBA may not anticipate the magnitude of loan forgiveness applications they’re going to receive,” and cautioning that “[u]nless we get something both from a legislative perspective and from Treasury and SBA to make this process a little easier, it’s going to be a struggle.” Learn More >>

The House Financial Services Financial Technology Task Force held a hearing on September 29 to examine the “legal framework and regulatory scope” governing the oversight of both banks and nonbanks engaged in financial activity.

In his remarks, Task Force Chairman Stephen Lynch (D-MA) recognized the evolving nature of banking services and specifically referred to the FDIC’s recent approval of deposit insurance applications for two industrial loan company (ILCs) charters, and the OCC’s proposed special purpose charter for payment companies. He noted that “regulations are struggling to keep pace,” and stressed that the “current legal questions and regulatory conflicts should be addressed by Congress,” asserting that “banking has changed” and that lawmakers “cannot afford to allow outdated laws to create opportunities for regulatory arbitrage and additional consumer harm.”  In addition, the Chairman argued that the “traditional barrier between banking and commerce . . . has served us well in the past” and raised concerns about the “dangers of co-mingling those two activities,” as well as about the “concentration of power . . . see[n] in the tech world [being] transmitted into the banking world.” Learn More >>

On September 28, BPI filed a comment letter with the Financial Stability Board (FSB) in response to its Evaluation of the Effects of Too-Big-to-Fail (TBTF) reforms. The letter commends the FSB for its work and analysis and concurs with the report’s conclusion concerning ongoing monitoring of TLAC requirements, but calls for improved data analysis and an adjustment to the overall tone of the report to recognize the extraordinary progress being made to end TBTF in key G-SIB home jurisdictions since the 2008-crisis. Learn More >>

On October 1, BPI filed a comment letter with the Prudential Regulatory Authority, the Financial Conduct Authority and the Bank of England in response to their proposals (“Proposals”) to promote the operational resilience of banks and other financial institutions. The Proposals would establish a regulatory framework intended to promote the ability of banks to continue to operate in the face of operational disruptions through the use of impact tolerances for important business services and other measures. BPI expressed support for the focus on operational resiliency, which is an important priority of the private and public sectors to understand, assess and continually improve to protect the financial system. BPI made the following recommendations:

The Federal Reserve issued a notice of proposed rulemaking on Wednesday to conform capital planning, regulatory reporting and stress capital buffer (SCB) requirements to the tailoring framework established by the Fed in 2019. The changes specifically affect institutions subject to Category IV standards — institutions with $100 billion or more in total consolidated assets that do not meet Category I-III criteria. Some of the significant changes for Category IV firms include:

The most notable aspect of the proposal is that the Board requests comment on “all aspects of its existing capital plan guidance for firms of all sizes…consistent with its ongoing practice of reviewing its policies to ensure that they are having their intended effect” (including SR Letter 15-18, SR Letter 15-19, SR Letter 09-04 and its 1985 Policy Statement on Dividends). Additionally, the Fed is “seeking comment on, though not proposing, a definition of ‘common stock dividends’ in the capital planning rule.”

WSJ: ‘The Daughter of a Slave Who Did the Unthinkable: Build a Bank’

A WSJ article published on September 25 details the enthralling biographical story of Maggie Lena Walker, the first black woman to head a U.S. bank. Walker overcame bigotry and immense disadvantages in her youth to open the St. Luke Penny Savings Bank in Richmond, Virginia. The bank opened its doors in 1903 with just $9,400 in deposits, and those deposits grew to $530,000 by 1920 — valued at $7 million in today’s currency. Her business acumen and dedication to her community resulted in economic opportunities for black women and helped to make Richmond a city with one of the highest rates of black homeownership in the country. To read the article, please click here.

Fed Votes to Extend Restrictions on Capital Distributions into Q4

Citing ongoing economic uncertainty brought about by the COVID-19 pandemic, the Fed announced on September 30 that it would extend restrictions on dividend payments and maintain the prohibition on stock buybacks into the fourth quarter. This announcement comes despite the increased strength of bank balance sheets at the end of the second quarter and the severity of the supervisory scenarios being considered for the resubmission of capital plans. 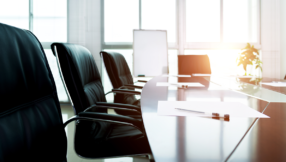